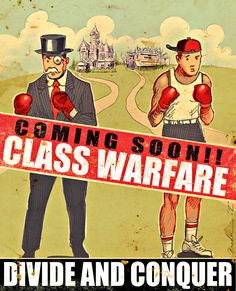 When the colonial powers ruled over vast swathes of the Asian continent, they had one primary weapon of war. And when used, this weapon did not cause any visible physical injuries. This weapon was that of Divide and Rule, and it was used with impunity by the British, the French, the Dutch and the Portuguese. With Divide and Rule, the “rulers” and “controllers” could achieve their objectives without so much as putting together a rag-tag battalion of native soldiers. All they had to do was to put their minds where their mouths were and carry on reaping the fruits of colonial rule.

Officially, colonialism may be a thing of the past. But if you take a close look at the state of the planet, not much has changed ! Only the nomenclature seems to have changed. Both that of the so-called rulers and of the puppet-masters.

So, how do they divide us now and keep on ruling? They divide us on the basis of Wealth, Religion, Gender, Food Habits and Ethnicity. Ethnicity could include race or tribe or language or all three. Have you ever wondered how is it that all the so-called “elite” of the world seem to hang out together, no questions asked, once the latest war is over? How come a former terrorist’s family is rehabilitated in the same country that had been hunting him down? Or that religious differences, holy jihad and glorious crusades become meaningless drivel when it’s time for the summer vacation in the south of France?

Well, here’s the irony. All the chasms based on Wealth, Religion, Gender, Food Habits and Ethnicity only play a role in the lives of the disadvantaged and those without a voice. For the people who draw up these chasms in their blue-velvet-covered boardrooms, we are all dispensable ‘commoners’ and troublesome ‘immigrants’. But wasn’t Christopher Columbus an immigrant once too and so were the emissaries of the East India Company to the Mughal court? 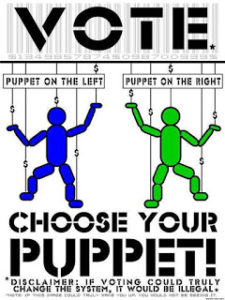 Getting back to the weapon of division, the rich and the super-rich and the filthy-rich seem to have no affiliations except those involving their profit motive. Not for them the passive-aggressive espousal of Religion, which is how they divide the ‘passionate’ among humans. So, there are Hindus who hate Muslims and Muslims who despise the Jewish people, while the Christians look on and wonder who should they hate? Should it be the Muslims or the Jews or better still, the Sikhs and the Buddhists? Then there are religious sects and cults and break-away factions. So, we have Protestants and Roman Catholic Christians, Shia and Sunni Muslims, Hasidic and Ashkenazi Jews, Ramgarhia and Nirankari Sikhs, Hinayana and Vajrayana Buddhism and atleast 1,000 different gods and goddesses among the Hindus.

As if all this division based on Religion was not enough, they then get down to dividing us on the basis of Gender. Once it was Man versus Woman, now it is Man versus Woman versus Transgender versus Gender Fluid versus No Gender. Men who believe it is “the natural order of things” for them to take up jobs and for women to stay confined to housework are surprisingly forthright about their conviction. Women are under constant pressure to look a certain way and climb the corporate ladder, while walking the tightrope of bringing up atleast two chubby kids and also pottering about in the family kitchen garden.

Then there is the little question of finding the right space to thrive for transgenders, LGBTQ community and gender fluid individuals. Is it any surprise that we are in a constant state of flux, induced in part by so much information-overload about Wealth, Religion and Gender-based fault-lines?

A close look at the world’s most commonly-used languages will reveal the common origins of all spoken languages. Most tribes have the same struggles — over land, resources and sovereignty. And when your 5-month-old child is suffering from a life-threatening disease, the emotions you feel are the same, irrespective of being a White male based in Canada or a Brown female living in Asia.

Which brings us to the last main division criterion, of Food Habits. Before we are Rich or Poor, Buddhist or Christian, Lesbian or Bisexual, we are vegan or vegetarian or non-vegetarian. In a world which is increasingly waking up to the horrific treatment we have meted out to our planet’s few thousand remaining animals, more and more people are turning vegan by choice. Since their status-quo, and more critically, their business behemoths are now staring at impending losses, the controllers are stirring up trouble based on our food preferences. No one should have to justify their preference for cruelty-free food. But sensing another opportunity to cause trouble, there is growing acrimony among non-vegetarians and vegans, not least because it is being stoked by those who most stand to lose from the emergence of a more tolerant and kinder world.

We must take a closer look at our world and its ever-increasing fault-lines predicated upon such labels as Democrats and Republicans, Leftist and Right-wing, Status-quoists and Radicals, Feminists and Stepford Wives, Leavers and Remainers, Arabs and Jews, Indians and Pakistanis, Atheists and Religionists, Americans versus The Rest of the World, and Progressives versus Traditionalists. We all have more in common than the puppet-masters ever want us to find out. We all possess an abundance of empathy and kindness and love. But these fine feelings have been crushed under the boulders of financial struggle, back-breaking taxation on income (not on profit) and poor physical and mental health.

One way out of this quagmire of division and deceit is to see it for what it is. A means to control the majority of us, coerce those who are not easily-controlled and intimidate the very thick-skinned among us into submission to the controllers. We have more in common than they ever want us to wake up to. And if we stay asleep or forcibly drugged to sleep by them, then they win. For us to win, the first step is to open that window in your room and let in the musty air of shared human suffering. Those cobwebs above your closet are most at risk from this air coming in from that window. It’s those cobwebs of manufactured conflict and induced hatred that need to go first. Have you got the hoover out already?

Daughters To Inherit Father’s Property If There Is No Will: SC

Shepherds In Himalayas Turn Their Backs On Traditional Livelihood

Daughters To Inherit Father’s Property If There Is No Will: SC

Shepherds In Himalayas Turn Their Backs On Traditional Livelihood